As the need for a review process of the nation’s public health emergency preparedness and response systems continue to gain attention, NC State’s medical director rises to the challenge.

Embodying the university’s ideal of “Think and Do”, NC State Medical Director Julie Casani accepted her appointment to the National Academies of Sciences, Engineering, and Medicine’s Committee on Evidence-Based Practices for Public Health Emergency Preparedness and Response. She joins a team of experts charged with providing an independent review of those national systems, including future policy effectiveness. 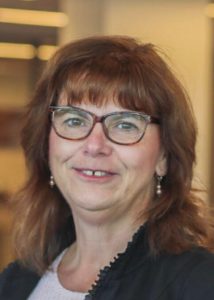 After the national tragedy on Sept. 11, 2001, millions of federal dollars were invested in improving public health preparedness and response systems. Despite the growing amount of data being produced by these new systems, there has been no national-level review comparing them to what was previously used. The National Academies of Sciences, Engineering, and Medicine has tasked the ad hoc committee to change that, bringing new insight into the country’s emergency preparedness and response.

Dr. Casani is no stranger to the field of public health, coming to NC State after being the director of public health preparedness and response in the North Carolina Division of Public Health and one of the longest standing bioterrorism coordinators in practice.

“Being on this committee, at a time when I am a part of the NC State academic culture, allows me to contribute on a very different level,” said Dr. Casani, “This appointment validates the academic and evaluation needs of the practice that I have been involved in for the past 17 years. I hope to continue to impact the practice by developing firm ground for building future efforts.”

The NC State philosophy of ‘Think and Do’ is really inbred in the field of public health preparedness.

Dr. Casani says her experience on the committee can translate back into the classroom, describing the opportunity to integrate those lessons as a “dream come true.”

“It’s really about putting the experiences I have together with the diverse expertise of the other committee members,” she said, “making a framework that continues to instill public trust by validating the huge investment of people, time, and money that will save lives.”

Dr. Casani is the medical director at NC State’s Student Health Services, offering top-quality healthcare to meet the needs of the university’s students, faculty, and staff populations. Included in tuition and fees are routine visits to providers while additional services are available at competitive pricing.

Melanie Flowers, president of Student Government at NC State, has been elected by her peers to serve as chair of the Council of Student Body Presidents for the UNC System. She also discussed what it’s been like to serve in both capacities during the COVID-19 pandemic.

Division of Academic and Student Affairs Announces 2020 Awards for Excellence

The Division of Academic and Student Affairs recognized exemplary employees in several categories, including the 2020 Awards for Excellence.

Wesley Wade has received the Chancellor’s Creating Community Award for Outstanding Staff for his ability to go above and beyond to support students in his role at the Career Development Center.

While students were enjoying spring break, NC State Division of Academic and Student Affairs teams across campus began mobilizing for the anticipated drastic measures to safeguard the community.